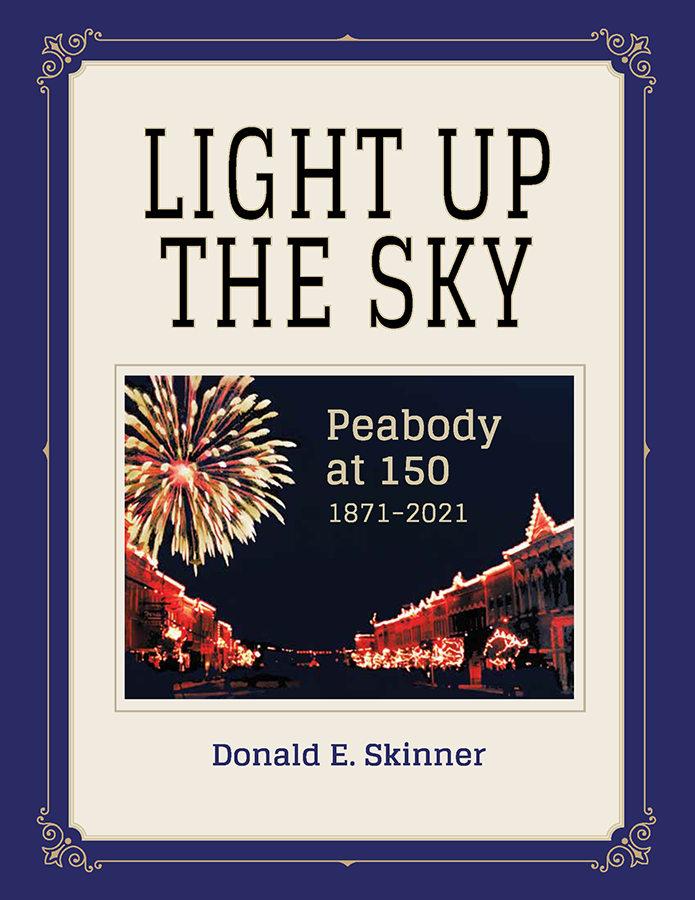 Light Up The Sky

Light Up the Sky is the first history of Peabody in 50 years and the most comprehensive one, at 385 pages. At various times, Peabody could claim the fastest horse in the state and the largest oil strike. The town also helped to birth two mega corporations that today are among the largest in the world. It inspired the western artist Frederic Remington and then during World War II it was home to a large prisoner of war camp. Peabody has long been known for its July 4 fireworks show which attracts thousands. It also tells the story of a small town in contemporary times rising to the challenge of maintaining its historic downtown buildings, attracting tourists, and remaining vital in the face of online shopping. There are around 300 photos in this book, of people, horses, automobiles, trains, and places, many of them now long gone, but held forever in memory in these pages.