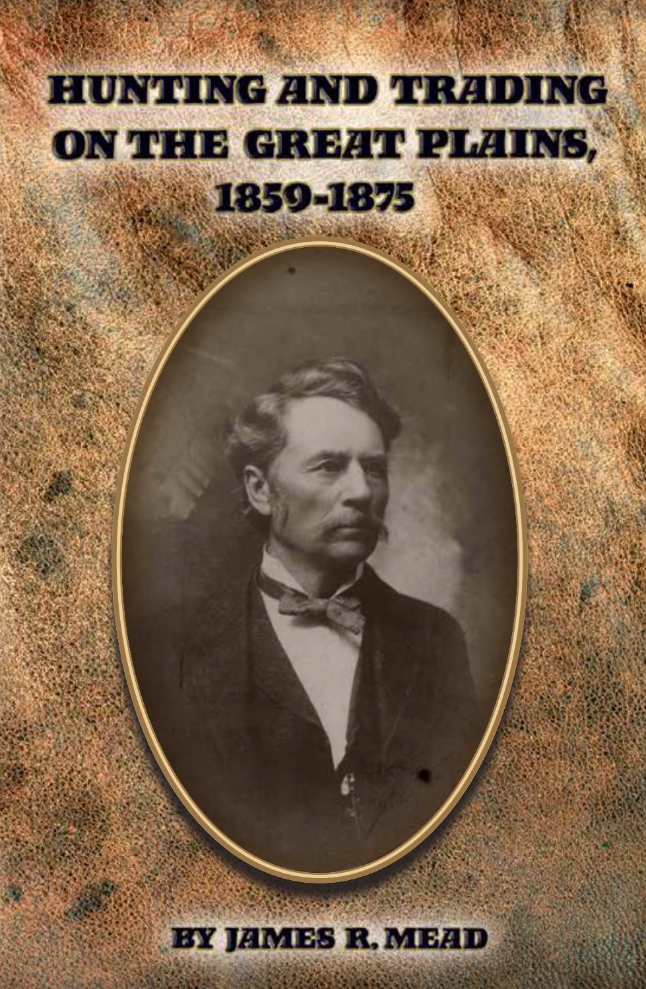 Hunting and Trading on the Great Plains

James R. Mead arrived in Kansas Territory from his family home in Iowa in the spring of 1859. His journey west was a young man’s adventure undertaken only with vague ideas of what he might do or just where he might go. He was 23 years old and soon fell under the spell of the wide open spaces of the plains, the prospect of encounters with Indians, and the great herds of buffalo. This lively memoir, long out of print, chronicles his life and experiences in Kansas from Territorial days to early statehood. In it we are taken along pioneer trails to Indian camps, sometimes in the company of Jesse Chisholm, William “Buffalo Bill” Matthewson, and Kit Carson; at other times with famous Indians such as Satanta, War Chief of the Kiowas. Mr. Mead’s career on the plains began as a buffalo hunter, which he soon abandoned in favor of trading with the Indians, and then went on to become a town founder and State Senator. To order go to: www.rowfantpress.com